Melissa McCarthy’s 7 Best Roles Before Breaking Out in Hollywood

Melissa McCarthy has been an A list celebrity ever since Bridesmaids brought her to national attention. But her road to stardom, like many, was long and arduous. From her film debut in Go in 1999 to Bridesmaids in 2011, McCarthy appeared in dozens of projects as the comedic relief, mean bitch, compassionate friend, and more. Today, we highlight McCarthy’s 7 best roles before her breakout.

McCarthy made her film debut in Go, a movie about the 90s electronic scene. Her trademark nervous laughter is on display in full force.

McCarthy only had a short cameo in Charlie’s Angels, but she stole the scene cussing out Lucy Liu’s character.

Disney’s The Kid was a great movie that most people have forgotten. Bruce Willis runs into his childhood self and begins to question the state of his adult life. A true mid life crisis. McCarthy has a small role as a lovely waitress.

This is the show that set McCarthy on her path. While the show heavily focused on Lauren Graham and Alexis Bledel, McCarthy lent the show a certain kind of warmth that made Stars Hollow the cute small town we all remember. Hollywood took notice of her ability to pull heart strings as well as create laughs.

Pumpkin has a strange premise. Christina Ricci’s character falls in love with a mentally impaired man she is supposed to be helping prepare for a sports competition. McCarthy had a minor role, but it helped highlight her ability to turn in an indie performance.

Probably the most dramatic film McCarthy starred in until Can You Ever Forgive Me? The film tells the story of a child of abuse and her care with a new family. McCarthy again plays a small role.

Samantha Who? brought back the laughs to McCarthy’s career. The show centered on Christina Applegate’s character Samantha Newly, a 30-year-old vice president of a real estate firm who developed retrograde amnesia after a hit and run accident. McCarthy played her best friend, helping her through the journey of recovering her memory. 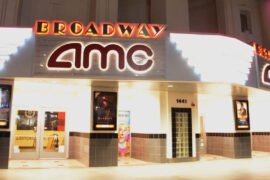 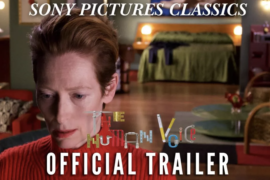