Cecily Flight is a creative from West Virginia who has decided to drive out west and relocate to California.

The full uncensored pictorial can be found on our patreon!

Basic stuff: Name, age, location, and a little bit about yourself? How do you take your coffee?

First and foremost, I’ve been really into iced oat milk lattes lately with a dash of cinnamon on top. Would highly recommend! Now that we’re caffeinated… My name is Cecily “CC” Flight, and I am a 26 year-young creative, adventurer, and life-long learner. I’ve always been somewhat on the move; “I ain’t got a home, I’ll forever roam” is one of my favorite song lyrics/quotes. It’s a verse in “The End” by Kings of Leon, which was one of my favorite bands growing up, that kind of sums up my life. (Well, not entirely. There’s always childhood trauma, environmental factors, relational circumstances, and economics that play our lives…) But, I’ve always felt a steady high from traveling. It’s my drug of choice. Sometimes when I ponder who I am at my core, discovery and adventure always come to the forefront of my mind’s foundation with creativity acting as a fertilizer. (Or maybe it should be the other way around? You tell me.) The components of my being, my soul, are tethered to those ideas of learning about other people, cultures, places, and how it all comes back to our existence in an interconnected world. As humans and multi-faceted beings, we are always trying to make sense of our time here on earth, ultimately depicting how we feel through art. With that being said, traveling has undoubtedly shaped my creative self and given me the confidence to wander on roads less traveled, literally and figuratively. In turn, I’m now on my way to becoming a full-time creator (model/photographer) because of the resilient foundation that travel has instilled in me. I’m ready to continue expressing my experience as a human, too, using art. -> Now you know how meta I love to get! Yay!

Simply put, I started in West Virginia, and I set sail to LA in my tiny car filled with all my belongings! (Yeah, I live pretty minimistacially, hah.)

Is this your biggest move?

Although this is my biggest move as of late, I think my year-long stay in Morocco was the biggest and most notable thus far. Back in college, I got awarded a scholarship to go study abroad for a year. I was and still am very passionate about the Middle East and North Africa, particularly Arab culture, and having studied French throughout high school and college, I landed on Morocco. That was truly a turning point for me, as I experienced a great deal of philosophical, existential, and personal growth. Before that trip, I thought I wanted to work for the government. Pshht, look at me now! A freelance creator living by my own rules. It’s a little different since I plan to stay in LA permanently or until the next gust of wind moves me to my next adventure. But for now, LA will be homebase.

What’s your Spotify playlist look like for the road?

My Spotify playlist looks like a compilation of music from all around the world. My tastes are heavily influenced by the places I’ve visited over the years, so eclectic might be an understatement. I go from folk to deep house to psychedelic rock and have lots of other genres mixed in between, including some of my favorite arabic songs and African beats. Growing up in West Virginia made loving americana an easy task, as the whole state is skilled with exceptional musicians some of which are on the playlist. Intermixed were some very insightful podcasts, too! I have a favorite lately called “The Coffee Health and Science Podcast” that basically debunks all claims saying coffee is bad for you. Overall, my playlist is an extension of my heart, soul, and mind spanning across moods, genres, and continents alike.

Was there a pivotal moment when you decided to follow your dreams as a creative?

I was in Bolivia when the United States went under quarantine, which put into perspective how little we have control over. At the time, I was working a job I had a love-hate relationship with because I didn’t feel like I could express my truest, creative self even though I was in a profession helping people. We had been shooting a lot of epic fine art nudes in some crazy places, and a switch just turned on in my head telling me to stop waiting for the right moment to follow my dreams of doing this for a living. Start living your truth now. And realistically, it took a whole summer to prepare for such a big change because nothing happens overnight, but it was in Bolivia under quarantine creating art that I felt myself stepping through that door embracing the idea of changing course. Who would have known being stuck in a different country, in a different time zone, during a global pandemic would lead me to quitting my job and chasing my creative dreams?!

What drives you to create and what does that process look like for you?

I’m driven overall by meaningful connections, and art in a lot of ways has allowed me the chance to do that in life. I’ve met some amazing heartfelt humans through creating and brought amazing art to life. My mind is a mystical amusement park of ideas waiting to be connected to our earthly experience, and the process of those two words meeting usually looks like a whirlwind of spontaneity in all honesty. I can plan creative projects when need be, but I usually feel most inspired in the moment. That can look like pulling over on the side of the highway because I see something I want to capture with my film camera or being on a hike and seeing a rock that I must become one with and have a friend capture that. The moments in life that seem fleeting are the ones I seem to be drawn to when creating.

What has been your biggest challenge as a creative?

Comparing myself to others. It’s the true thief of joy, and it happens to everyone, but it’s something I struggle with a lot. I’m still actively learning how to transform thoughts into more productive energy, though. Also, sometimes I am challenged by the idea that I’m not always going to be creative. I can see beautiful things and moments while simultaneously resting and letting things go. Letting go of the idea that in order to be fulfilled I must be doing something is crucial for me. It’s a challenge though because we are forced into a capitalistic economic and social system that profits off of the idea that our worth is based on our productivity and not inherent value as living, breathing creatures. Sometimes I just don’t have it in me, and that is okay.

The full uncensored pictorial can be found on our patreon! 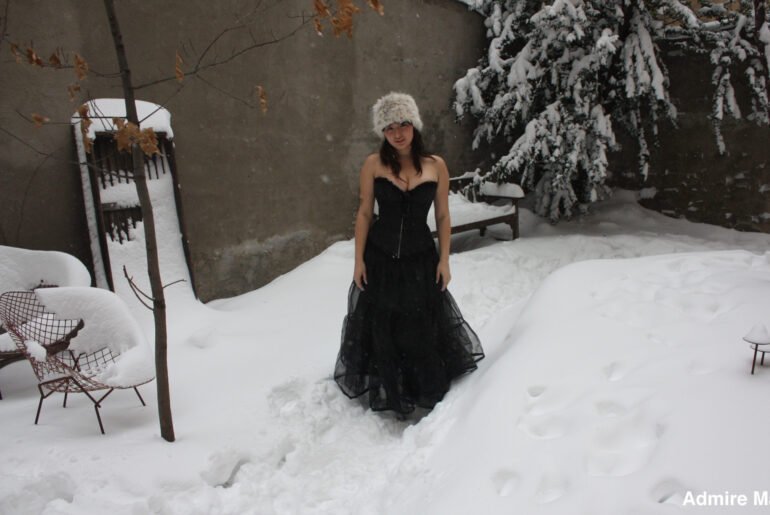 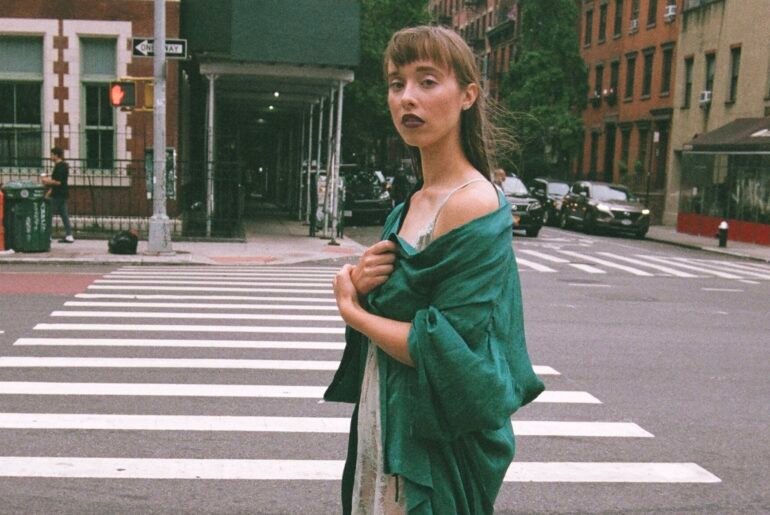 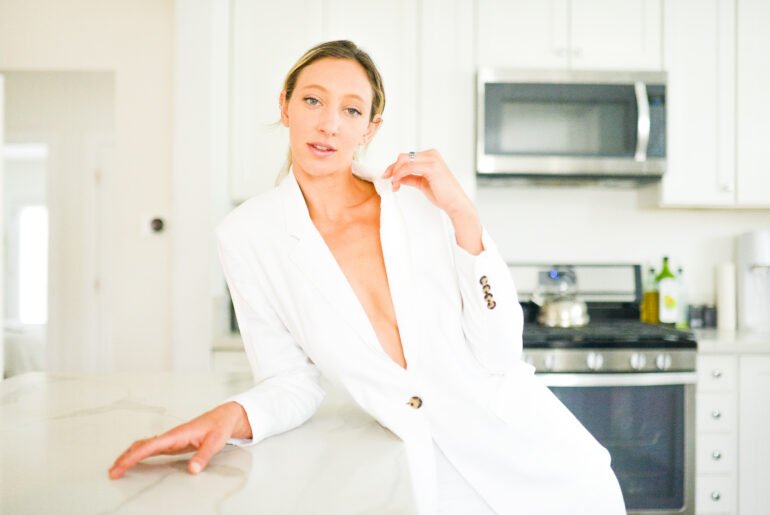